My story with Biobrew® started on 25th April 2015, when my horse Kinnordy Gym showed signs of colic early on that morning. 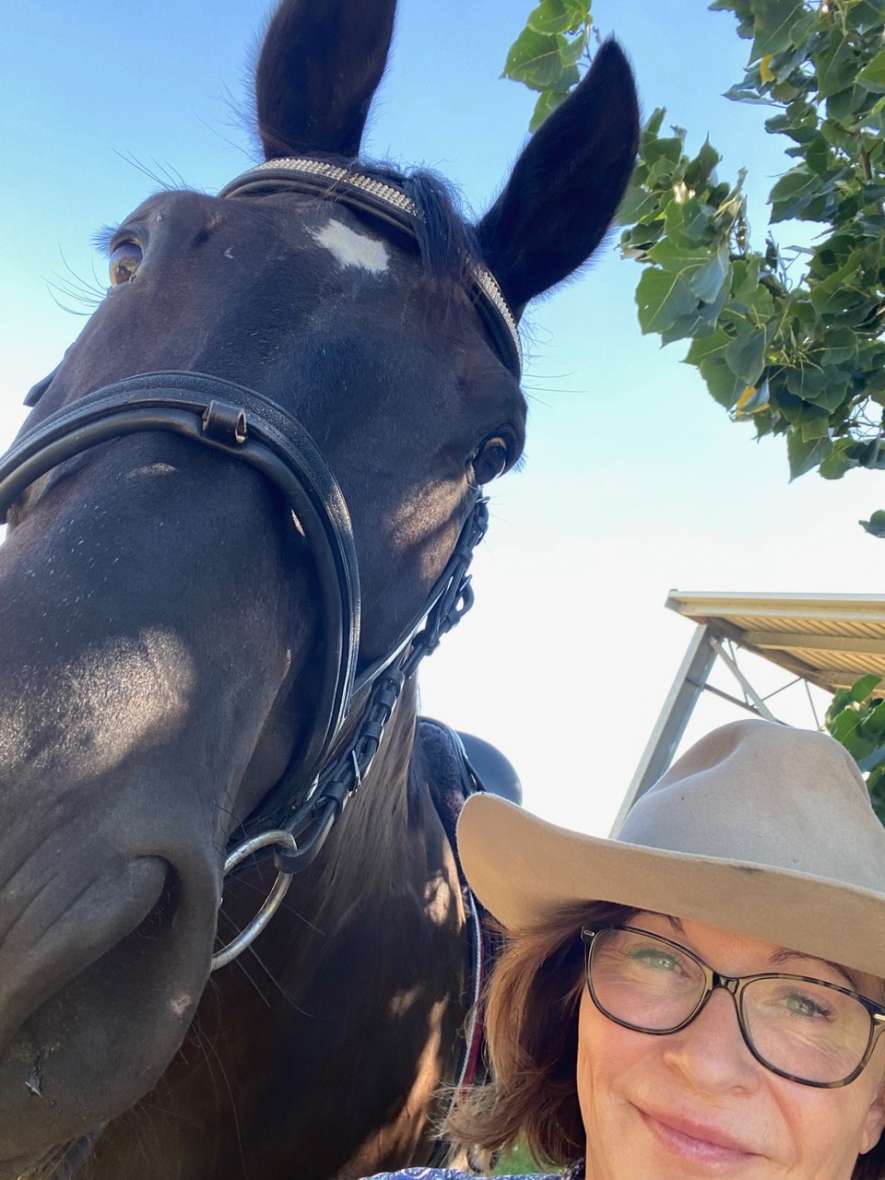 I had imported him from NZ only two weeks before, and he had arrived very happy and eating well. I had gone out early that morning to feed him, he sniffed at the food and walked away, which for a warmblood (like Labrador dogs!) a rejection of food always rings alarm bells.

The vet was called, and she arrived within 20 minutes, did all the usual colic interventions but he was not responding, and she suggested to take him to the major veterinary hospital in the city which is two hours away.

Gym deteriorated quickly and it was found that he has a nephro/splenic entrapment that could only be resolved by surgery.

His surgery went well, and he was up and about, however several days later, he started spiking massive temps and not eating. An infection had taken hold and he battled for days with the vets using every form of antibiotics with little result…Gym was fading quickly and at that stage, had prepared myself that he probably wouldn’t pull through.

Both his old owner in NZ and another friend who lived there, knew of the situation and suggested Equibrew®, so a box was dispatched pronto…and within a day of Gym being given EquiBrew®, his appetite started to return, and his eyes became brighter. The fact that these probiotics are live, went to work immediately and as time was not on our side, the results were seen within two doses.

From then on, I kept him on the Equibrew, his manures returned to normal, his weight, coat and appetite went back to Labrador status!

I then started to use all the products with great success, from the Petbrew for my dogs, stock and calf brew for my cattle, calves and chickens and Livebrew for myself and family.

I am still astounded today at the results that other people are getting for themselves and their animals with the miracle in a bottle, and love that I can share these amazing products with Australia in 2021.

BioBrew® Australia have a selection of probiotic products to suit all your animal nutrition and environmental needs. Shop Now or Contact Us

"Savannah Rose is a 14yo Anglo mare who loves to run. So we compete in the winter sport of Endurance riding where we mostly ride 80km events. Savannah does very well however she is a super sensitive mare and doesn’t find travelling and events relaxing. She started on Equibrew just a few weeks ago and we have recently attended our first event for the...

"We run a beef farm of 200 breeders, we used to be Dairy farmers but stopped milking 13yrs ago.
Every year we end up with about 10 calves to hand rear due to all types of circumstances. I am a real animal lover and it just breaks my heart when they get sick and even worse when they die.
Sue came into my work one day and I was showing her photos of...

"We had an orphan lamb last year who was struggling with the change of milk and was very poorly. After talking to Sue, we tried StockBrew and within 2 days we could see a massive improvement. She didn't have diarrhoea anymore, drank like a champion, put on weight and was a happy bouncy little girl. I am sure if it wasn't for StockBrew we would have...

"I have a 10 year old Mastiff dog. He has always had skin challenges. Over the years he has had probiotic powders, different diets, bedding changes, medications and herbal and naturopathic treatments. He has had many veterinary consultations with both mainstream and alternate vets. We have in the past only had very small changes, with his skin always...

"I have used Stock Brew for my pasture reared chickens, and I am very impressed at how well the meat chickens feed conversion seems to have improved from the addition of the Stock Brew to their water. I am feeding a fraction of the grain that I was before I used the Stock Brew. The pasture that I move their chicken tractor and electric netting from...